Spanish
Get a Quote

The Fashion Significance Of Buttons 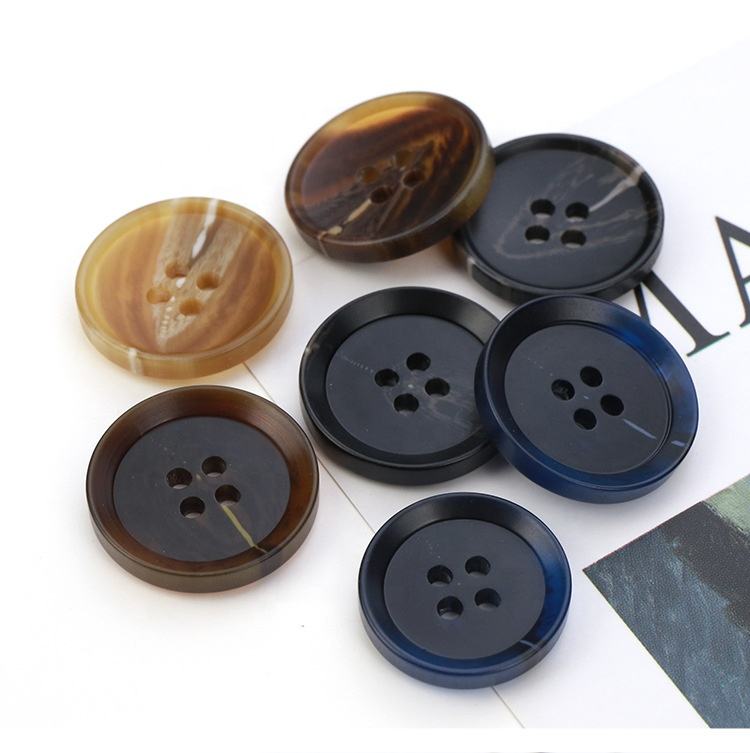 Button was born in the 13th century, originally as a functional detail in men’s wear design, but also through its use of elements and decorative style to show the degree of sophistication of clothing, thereby highlighting the identity and status of the wearer. It wasn’t until the 19th century that buttons became popular in women’s clothing. They use different materials and styles to adapt to the object and identity of the service, which is historically significant.

The Maison Desrues Workshop was founded in 1929 by button maker Georges Desrues (today one of Chanel’s most important haute couture workshops). Since its inception, the workshop has worked closely with many famous designers, including but not limited to Christian Dior, Gabrielle Chanel, and Jeanne Lanvin, to hand-customize their buttons. In 1965, Desrues Workshop designed the first batch of hand-made buttons for Chanel for the first time, which became the picky lady’s favorite, and naturally became Chanel’s chief button supplier. In 1984, Chanel bought Desrues Workshop, which designed new buttons each season to highlight the collection’s uniqueness. Of course, the most can not be ignored nature is the button and Ms. Chanel himself related elements, sometimes a double C logo, there are also a constellation, lion, camellia, and other totems.

Gabrielle Chanel’s contemporary and greatest rival, Elsa Schiaparelli, spared no effort in her button design. Besides what we mentioned at the beginning of the article, she invited artist Giacometti to design a series of sculptural buttons. In the costume design of the late 1930s and early 1940s, there were many button styles inspired by the butterfly, vegetables, bees, flowers, birds, acrobatic actors, horses, and other elements. Button designer Francois Victor Hugo, her longtime collaborator, has designed bee buttons for her in metal and even created a series of pieces using fish hooks.

It is worth mentioning that Schiaparelli also designs buttons herself, among which the most interesting is a group of photo buttons titled “Famous Landmarks”, in which she has reduced the size of several landmarks in Paris, such as the Arc de Triomphe, the Eiffel Tower, and the Seine River, etc., and put them into small buttons.

The most subtle yet recognizable relationship between buttons and identity pieces is the one Martin Margiela designed for Hermes when he was the creative director of the brand. He developed a new type of button, usually made of cow horn or wood, with six holes rather than the usual four holes, and finally a series of threads to form an “H” shape to represent the brand’s logo.

Architect Paco Rabanne is well known for his work with unconventional materials such as metals and plastics. Interestingly, before he became a known designer, he used to make buttons for Paris couture houses. As a result, it has been suggested that his later design of a tote bag made of metal discs in series may have been inspired by the metal buttons he worked with in his previous work.

Besides, many artists also participate in the design of buttons. Besides Giacometti, artist Sonia Delaunay made wooden buttons with geometric patterns in 1925. Maurice de Vlaminck designed buttons with abstract paintings; American sculptor Alexander Calder has designed a complete set of detachable brass buttons that can be attached to any jacket you like.

The button itself can not only serve as a small entry point for us to observe the changes in designers’ inspiration, but also serve as an Angle for us to explore the relationship between fashion and art.

Facebook
Twitter
LinkedIn
Prev上一个A Brief Talk On The Art Of Buttons: Several Materials Of Buttons
下一个How to Sew a ButtonNext

MEGA TRIM create durable metal accessorise for discerning clients. With a focus on metal button and buckle factory, we design and manufacture, taking your idea and making it a reality.

Ask For A Quick Quote

We will contact you within 1 working day, please pay attention to the email with the suffix “@megatrimming.com”.